What you have found here is yet another beer blog from a beer enthusiast and homebrewer. It is hard to know where one fits in with the hundreds of popular beer blogs on the Internet – blogs that cover nearly every style of beer, region of the country, and every aspect of homebrewing – but hopefully this will serve as a place for me to collect my thoughts about the US beer scene as I experience it (and have experienced it) as well as homebrew recipes and related activities.

Here is a brief introduction to me and my goals for myself and this blog in the coming years. First, I started brewing my own beer while I was in graduate school about 9 years ago. I started as an extract brewer, doing simple hoppy ales. As my beer tastes have evolved over the past decade I have also evolved as a homebrewer. I am now an all grain brewer (so all recipes posted here will be in that format, sorry) and make a variety of styles including hoppy ales, Berliner weiss and other “wild” ales. Currently, my favorite beers I brew (both will be discussed in later posts) are a simple Simcoe IPA and an Amarillo Saison with B. clausseniiand B. bruxellensis Trois. The saison is not too funky and easy to drink. Two great beers to have on tap in the home. I make a few stouts and explore other styles but haven’t refined recipes for many other styles.

Second, I am a biologist who works at a national lab and I am passionate about culturing organisms from bottles of commercial beer. Whenever possible, I will post techniques and results from different isolation experiments I run. I currently have approximately 50 different bacterial and yeast strains isolated from a few dozen breweries and beers. After isolation, I attempt to make small batch beers using these organisms to better understand what characteristics these organisms impart on the final product. Eventually the goal is to find blends of organisms that can be used to ferment interesting and unique beers.

Third, currently there is a beer renaissance happening in the United States (and other countries). Last year, a new brewery opened EVERY DAY in the United States. In my region, the mid-Atlantic Washington D.C. area, several new breweries have opened in the past few years including DC Brau, Atlas, Choc City, Port City, Lost Rhino, Baying Hound, Beltway Brewing, Bardo Beer Garden (opens soon), Milkhouse at Stillpoint Farms, Mad Fox, Bluejacket, Union Craft Brewing in Baltimore and several more to come. It is an exciting time to be a beer geek. I have met several of the owners and head brewers of these new breweries and some from older breweries in the area, as well. I hope to post profiles and interviews with them – figure out what they love about the beer scene and hopefully gain some insight into how the industry works.

Finally, I have an ultimate goal of owning and operating a small brewery myself. Yes, if I could be a bigger cliché, I’m not sure how. I’m a homebrewer that dreams of running a nanobrewery or something in the 5-10 barrel range. This blog will be partially devoted to my journey to see if this goal is feasible (financially and physically). I hope to brew on a commercial system, perhaps some collaboration beers with local breweries, just to figure out what the differences are and earn some technical knowledge of larger systems. In the meantime, though, I will have to settle for brewing great beer 5 gallons at a time and drinking new and interesting beers from the dozens of breweries in the area, more scheduled to open this year.

Now if you’ll excuse me, I have some beer to make and some more to drink. Next post will be up in a few days and will be a recipe and a beer review for a saison-like beer I recently brewed.

“I’ve only been in love with a beer bottle and a mirror.” ― Sid Vicious 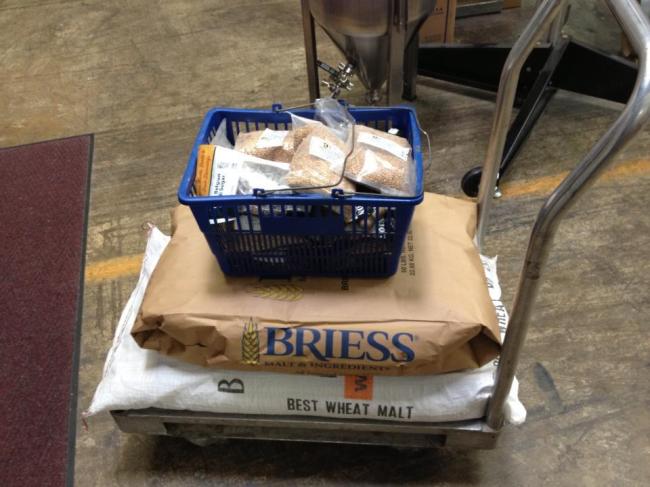